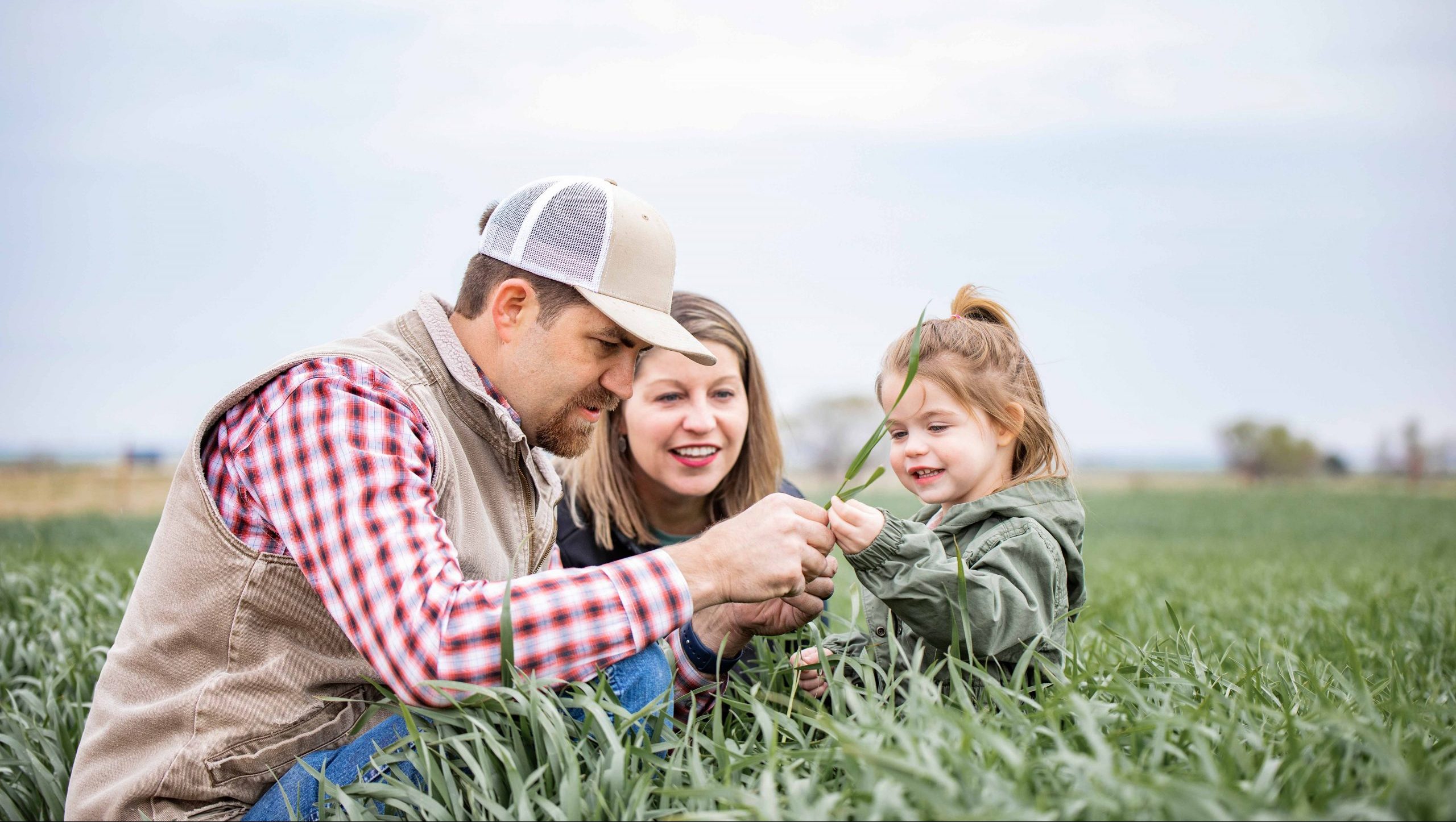 Meet Clint Wilcox of Fairview, Oklahoma, who grows a variety of crops including wheat, canola, sorghum and soybeans and raises cattle with his wife, Jessica. After graduating from Oklahoma State University in 2007 with degrees in agronomy, the couple returned to Fairview to start farming.

“I grew up here in Fairview and on a tractor,” Clint said. “By 13 or 14 years old, I knew that production agriculture is what I wanted to do.”

Farming for the Future

Clint’s passion for agriculture started at a young age while growing up on his family’s farm. Clint and Jessica’s daughter, Tréleigh, is having the same experience.

Clint’s parents, Ron and Ruby, have always encouraged him to pave his own path. While Clint was in college, his dad allowed him to rent a couple of places Clint calls “opportunities”, which provided hands-on experience and sparked his interest in operating with conservation in mind.

“If it weren’t for my mom and dad, I wouldn’t be able to do what I do today,” Clint said. “I paid for a lot of my own things, but equipment is something I didn’t have to worry about.”

Clint and Ron farm over 3,000 acres (circa 1,200 hectares) together, and conservation has been an important component of their operation. Through their conservation efforts, the farm’s yield has consistently increased.

Also, Clint has implemented the prescribed burning and firebreak practices to manage the grazing land he operates for his cattle.

Clint was named the 2021 Conservationist of the Year by NRCS in Oklahoma. This award recognizes a cooperating agriculture producer who has excelled in the application of conservation practices and demonstrates a genuine concern for the care and protection of natural resources in Oklahoma.

“I am conservation minded because I want that land to be as productive as it is now, or more productive, for the rest of my life and for the lifetime of my future children,” said Clint.

“It’s just like a car. If you depend on your car to make money, you better take care of it: change the oil, service the engine and take care of your brakes or eventually you aren’t going to have anything left. It’s the same with farming. I’m not the kind of person who is going to allow poor conservation to rob my land of its production in the future,” he added.

This article is based on a piece by Chesley Comstock, Oklahoma State University that first appeared on the U.S. Department of Agriculture’s Farmers.gov blog.