Insight & Opinion: Without Modern, Industrial Farming, Pandemic Would Have Claimed Many More Lives 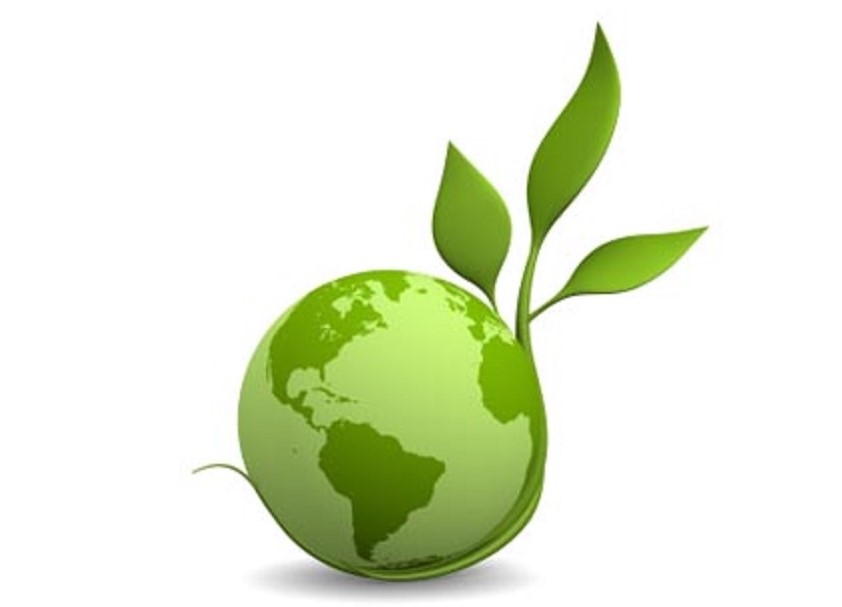 Hank Campbell, founder of Science 2.0, and author of the best-selling Science Left Behind, believes that a real world problem is the alarming amount of effort that environmental activists have spent promoting nonsense about food. 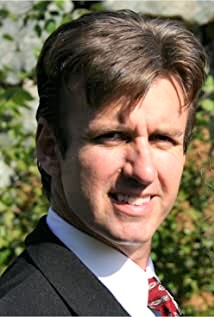 In November of 2019 The Atlantic asked “experts” what they would change if they could go back in time. The experts had titles like “mythographer” – no scientists invited – so it’s no surprise only one response had real-world relevance.1 A historian at Rutgers wished agriculture had never been invented. Agriculture, that fundamental progressive achievement which made food plentiful so that we no longer spent our days foraging and could learn things and, you know, create universities, had to be undone. How out-of-touch with the world must you be when you wish to go back in time 10,000 years and re-implement periodic famine?

Fortunately, that professor has no say in American food policy, or else the COVID-19 pandemic would have ended very differently. With about 50,000,000 dead. Instead, the world has come through it with fewer deaths than we get in an average flu year. And that is because people could stay home, and that is because food was still being produced and could be delivered. And medical science advanced because we don’t spend most of our days foraging for plants and grubs, like the pre-agriculture world did.

Agriculture, the thing editors at The Atlantic also clearly wish didn’t exist, saved the world. “Hunter-gatherer life isn’t so bad,” the professor off-handedly declared with the kind of assurance only people who have never spent a weekend doing it can.2 Five months later they probably are still to out-of-touch to realize that they would be among the first at risk of starvation if their wish for no agriculture were true.

The food distribution system not only got us through coronavirus, it showed it’s the most rock steady thing about the modern world

It makes no difference if historians are wrong about how many people lived in Elam or whatever, but what about environmental activists in academia who have science-y sounding titles and may get noticed by policy makers? That is a real-world problem. They have spent an alarming amount of the 21st century promoting nonsense about food; that small farms have always been able to feed us yet somehow food is still dominated by Factory Farms.3

Do they feel embarrassed after COVID-19, when it became clear that an efficient food system is the thing that saved us by letting people at risk stay home? Not at all. Instead of conceding ‘wow, we got that wrong’ the way scientists do when it comes to papers that end up being incorrect, academic activists who hated farming in 2019 are scrambling to reaffirm that farming still sucks. Not only is there lack of awareness it saved us during the pandemic, they insist “it’s time to rethink the disrupted US food system from the ground up” complete with Dust Bowl imagery and claims that the world of 1850 was just…better. 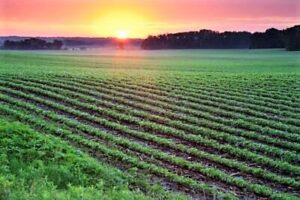 A time when 90 percent of America worked on farms was better? A Rutgers historian may claim subsistence farming meant less work and more free time, but reality was that most kids then could not go to school because they had to work and working for food all of the time meant less money for schools – it shows how out-of-touch modern urban academia and activist NGOs they support can be. If 90 percent of people had to do it, it was not less work.4 Today, even though 97 percent of farms are family owned, they feed us all with 2 percent of the workforce. That freed up everyone else to be humanities majors or scientists or doctors. Food, a basic necessity, takes up a tiny fraction of our incomes now compared to even 70 years ago. That is progress and it is thanks to farming.

To shore up their advocacy against farmers, the authors of a recent op-ed reframed events like farmers dumping milk so it matches their agenda.

The truth is that farmers were forced to dump food not because the food system is broken but because the burdensome regulatory system lobbied for by activists is. The U.S. FDA and USDA mandate that foods labeled for restaurant and business use cannot, by law, be sold to consumers. Why? It is the same food. Why can I buy 18 eggs but not 36? When restaurants were forced – by law – to shut down, demand for food from farmers who were not selling to individuals plummeted 40 percent. Farmers could not sell their milk, so they used it as fertilizer.

That is not a food supply problem, as the environmental activists argue in their editorial, it is the same weakness in ridiculous government regulations that we saw in hand sanitizers, where people discovered they were breaking the law mixing rubbing alcohol and aloe gel in their homes when Purell wasn’t available. Government created the burdensome regulatory environment that told us we couldn’t buy a flat of 36 eggs if it had a capricious ‘not for consumer sale’ label even though it was identical to supermarket eggs in every other way.

Their claims of evidence for how farming is awful are supernatural “virtual” money claims like that soil degradation, whatever that means, costs $85 billion a year in the U.S. alone. Who came up with that nonsense? Worse, what educated person believes it? Readers in The Atlantic who also think all farming could be wiped out and we’d be fine? How can anyone calculate how much money would not be spent if a process that has not existed in the last 200 years existed today? The problem with virtual money is that it can’t be spent. If you choose to believe getting rid of all synthetic fertilizers would mean free health care for every man, woman, and child in the U.S. you can. But the last time that was tried was when our population was 3 percent of today and it was well-known that an organic world already couldn’t feed its poorest people. It is why synthetic fertilizers were invented and farmers immediately rushed to get them. 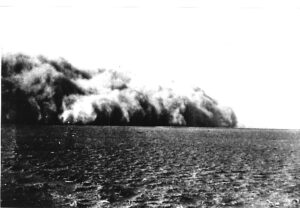 Rather than being worse for the environment, modern agriculture is better than past methods. Farmers have razor-thin margins so they care about inputs because land is their greatest asset. Anti-farming activists have to invoke Dust Bowl imagery from 80 years ago because it does not happen now; and they completely misunderstand what actually caused the problem.

You never heard of agriculture as a “values” issue when most could only afford to eat meat once per week yet it is common rhetoric among anti-farming activists today. In their opinion piece, the authors drop in all of the alternative buzzwords that environmental groups use as a way to replace modern agriculture – no-till, cover crops, etc. – and ignore scientific evidence that show those are adjuncts to farming, like wind is to energy production. Those techniques are not sustainable on their own.

Likewise, ethereal claims about planetary health and ecology and social implications are just as unsubstantiated. What are the social implications of starvation? Everyone knows the answer but they are ignored in an article about farming. I bet a historian could provide far better insight on that than they can on how food is made.

(1) Readers loved it and added their own. No highways, went one. The Second Amendment, went another, who is so clueless that they do not understand the Constitution would not have been ratified without it. One reader seemed to be poking fun at the whole article, saying he’d have Rocky Balboa beat Apollo Creed, but then wrapped himself in the flag of elitism by saying he’d only change the outcome so there’d be no sequels. You know, because pop culture has become so plebian since “The Seventh Seal.”

(2) How many deer did historians take down with a rock last year? Because without agriculture there would have been no free time to invent a rifle. And bows and arrows didn’t come into regular usage until 7,000 years after farming.

(3) If factory farms control food, the government is not aware of it. When I last wrote about this false ‘factory farms’ claim, 153 farms out of 38,328 farm estates paid estate taxes – the remaining 99.96% were too small. Most food each year is produced by 2,100,000 family farms, half of which make $10,000 a year or less. That is probably enough to pay their real estate taxes. You and I would not work if our tax rate was 100% but a lot of farmers do, and need to have second jobs because of it.

(4) The Department of Agriculture was formed in 1862, during the American Civil War. So, President Lincoln recognized what leaders had also known for thousands of years; an army marches on its stomach. The $3,000 salary the Secretary got would be about $93,000 today. The average tenured academic makes $120,000 now.

Hank Campbell founded Science 2.0 in 2006 and since then it has become the world’s largest independent science communications site, with over 300,000,000 direct readers and reach approaching one billion. Hank Campbell, author of the best-selling, Science Left Behind, sees the goal of Science 2.0 as revolutionizing the way scientists communicate, participate, collaborate and publish.

This article was first published on the Science 2.0 website and is reproduced here with the kind permission of Hank Campbell.