Insight & Opinion: The Answer Lies in the Soil 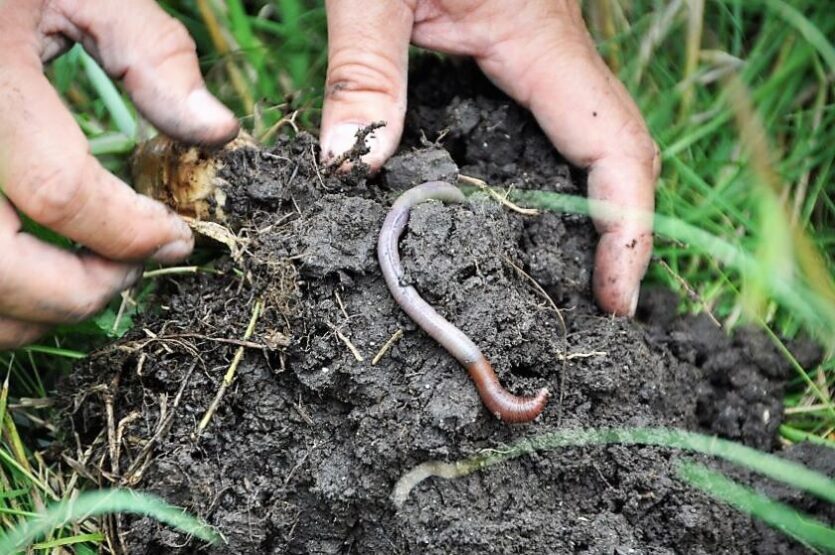 Increasing urbanization, erosion, nutrient imbalance, intensive farming and climate change are placing huge demands on the availability and health of the world’s earth. In many croplands across the world, the layer of fertile topsoil is thinning, making it more difficult to grow crops for food.

That is why conserving and building the fertility of our soils is perhaps the biggest challenge for today’s agriculture. USSA’s David Green explains how American farmers are rising to the challenge. 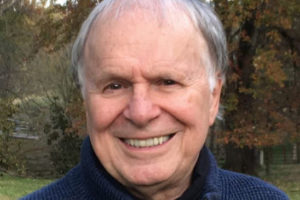 “The answer lies in the soil” was the 1950s mantra of an old countryman on the long-running BBC radio show, Gardeners Question Time. The saying became part of UK folklore trotted out at will in response to almost any question.

Going 20 years further back from the 1950s, the answer to the worst environmental disaster in U.S. history lay very much in the soil. The Dust Bowl in the 1930s resulted from years-long drought, strong winds and particularly poor crop and soil management. This ‘perfect storm’ combination led to massive soil erosion across farms in the Great Plains.  Clouds of soil, sometimes 300 meters high, blew across the country leaving behind ruined farms, destroyed livelihoods and more than 2 million people homeless.

The profound impact of this calamity led to the 1935 establishment of the Soil Conservation Service by the USDA recognizing that bad crop management was a significant factor of the Dust Bowl.  By 1938, this initiative had helped to reduce ‘blowing soil’ in the Plains states by 65 percent. It also led to American farming introducing a more scientific approach to crop production with the adoption of agri-science and the promotion of scientific practices. Today, many of the initiatives introduced in the 1930s for conservation and land management are still in place and have evolved to meet environmental demands. 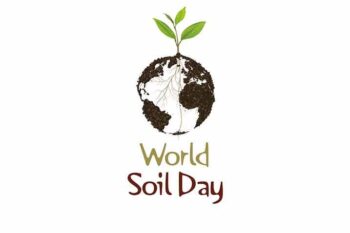 In early December, the UN’s Food & Agricultural Organization (FAO) celebrates World Soil Day. This event is held on December 5 each year and aims to raise awareness of the importance of soil quality for human well-being, food security and ecosystems.  This takes place when the global focus on our food supply is very much on the soil being the answer to feeding the world. Increasing urbanization, erosion, nutrient imbalance, intensive farming and climate change are placing huge demands on the availability and health of the world’s earth.

In many croplands across the world, even the ‘black gold’ earth of the American Midwest, the layer of fertile topsoil is thinning making it more difficult to grow food crops for food. Conserving (and building) the fertility of our soils is the biggest challenge for today’s agriculture.

Farming operations such as ploughing or tilling the soil to bury and kill weeds and provide a smooth seeding bed have been practiced for millennia since early farmers used an ard to break up the soil.  Crop yields may have improved mainly from less weed pressure but tilling also leads to the loss of vital soil bacteria and fungi and the release of glomalin, a carbon-based “glue” that binds soil particles, into the atmosphere.

Soil experts agree that the fundamental basis for soil fertility is to build and maintain the level of humus (decomposed organic matter) content. To do so needs a wide variety of methods including manure (animal and human), nitrogen-fixing plants, crop rotation, cover crops and old crop residues. Farmers across the world and particularly in developed countries are changing cropping practices to improve their soil by reducing tillage, increasing organic matter and minimizing chemical inputs.

Organic matter improves soil structure, which means better root penetration, water absorption more water infiltration following rains and increased water-holding capacity. Rachel Stroer, President of the Land Institute, an agricultural research organization based in Salina, Kansas pointed out on a BBC Follow the Food broadcast, “Why Soil Is Disappearing From Farms,” said that anytime you till the soil, it destroys the natural ecosystem that exists in it, loosens it and serves as a welcome mat for weeds.

One of the benefits from no-till farming and particularly where herbicide-tolerant genetically engineered crops are used, is that the soil is not disturbed nor is it compacted through the use of heavy tillage equipment. With GE crops, farmers can be confident of weed control and as such can leave old crop residue on the ground after harvest. This residue not only provides shade during summer heat thus preserving moisture but will eventually break down into much needed organic matter and to that extent helps to build topsoil. An unheralded benefit of not tilling soil is that earthworm populations are virtually undisturbed. Earthworms not only help to break down old crop residues but their burrows provide welcome channels for rain and moisture.

Farmers also are turning to cover crops, (planted when a cash crop is not growing) to help keep the soil covered in winter and early spring thus reducing erosion, helping with weed control and increasing the time when living roots are present for soil organisms to feed on.

For Arkansas rice farmer, Adam Chappell, cover crops helped save his farm from Palmer amaranth, an invasive and difficult to combat weed. Chemical treatment was becoming less and less effective, he told a US Rice podcast. In 2010, he began incorporating multiple grass and legume cover crops into his corn, soybean and rice production and over the years has noticed marked differences on cover crop ground planted with multiple grass and legume species, not only in weed control but in soil health.

Little did that Gardeners Question Time panelist know that his oft-quoted quip “the answer lies in the soil” has become the mainstay of how we will feed a growing world by the mid-21st Century.

This is an extended version of an article that first appeared on Open Access Government.