In 1970, Jules Billard penned a feature article for National Geographic entitled “The Revolution in American Agriculture” with the subheading, “more food for our multiplying millions”.[i] Forty four years later, that same publication put out a special issue on the future of food with the lead article by Jonathan Foley asking “where will we find enough food for 9 billion?”[ii] The times have changed but our utmost food concern hasn’t.

The nearly half-century old imagining of our food future in the 1970 issue of National Geographic was encapsulated in an artist’s renderings. A decidedly space-aged looking farmhouse was situated on a hilltop where a businessman-farmer watched over his enterprise from a “bubble-topped control tower… with a computer, weather reports, and a farm-price ticker tape.” He overlooked fields that extended out into the distant horizon, interrupted only by the skyscrapers from a nearby city.

The fields were bordered by “remote controlled tiller-combine glides” that allowed the farmer to plant, till, and harvest the fields without tractors disturbing and compacting the soil. Fertilizers and pesticides were applied by automated helicopters. The grains were automatically transported to feed mills and eventually cattle that lived in high-rise enclosures reminiscent of parking garages designed to “conserve ground space.” Tubes alongside the cattle enclosures flushed and processed manure for use as fertilizer in distant greenhouses that “provide controlled environments for growing high-value crops such as strawberries, tomatoes, and celery.”

It is true that some futurists can teeter on the edge of technological utopianism (where is that flying car we were promised in the 1950s?), and today’s farms may not have the modernistic architectural flare depicted in the artist’s future farm. But the reality is not that far off. Soil sensors, drones, satellite images, soy burgers, contour plowing, efficient irrigation, chicken cages, and mechanical harvesters were all discussed as the future of food forty five years ago, and they are now a regular part of farm and food practices on what are larger, more specialized but still family-owned farms that populate the countryside.[iii]

Today’s tractors have the capability to drive themselves using GPS signals, and fertilizer applicators and planters can distribute their payloads based on digital input from soil sensors and crop consultants. Farmers watch the evolution of crop prices and thunderstorms on their smartphones. Livestock waste is applied as fertilizer or used in anaerobic digesters to create energy for the farm. Unmanned aerial drones can track crop yields, cattle location, and animal health. Farming innovators are moving high value crop agriculture indoors under blue and red light-emitting diodes (LEDs) that give off precisely the wavelengths needed by plants in environments that use recycled water, reduce evaporative water losses, and prevent pests and thus the need for pesticides.[iv]

These sorts of scientific breakthroughs and technological developments have produced incredible efficiency gains that have literally helped provide “more food for our multiplying millions.” Data from the Department of Agriculture show that the U.S. now produces twice as much crop output was the case in 1970.[v]

That’s not necessarily a good thing if we were using up more land, more water, more pesticides, and more labor to achieve that higher level of output. But, that’s not what’s happened. Herbicide use has remained steady for the past 35 years and use of insecticides has fallen 77% since 1970, all while average pesticide toxicity has dramatically fallen.[vi] In the U.S., half as much labor and 16% less land is in agriculture than was the case in 1970 despite the fact that more food is being produced.[vii]

Agriculture has one of the highest rates of productivity growth of any sector of the U.S. economy.[viii] Not only is output growing, but we are taking better care of the land. Soil erosion has declined substantially since the 1980s, falling more than 40%.[ix] Farms in the U.S. today are increasingly using cover crops and practice more no-till farming, thanks in part to biotechnology.[x] Not only have plant yields increased, so too has output from animal agriculture.[xi] The amount of pork produced per sow in the U.S. has increased a remarkable 2,780 pounds since 1970, a 240% increase. Because we now get so much more meat from each sow than we did forty five years ago, we need fewer sows.  In 1970 there were 5.18 sows for every hundred people in the U.S., but today there are fewer than two sows per hundred people.

We largely delivered on the hopes of the 1970s to satisfy the growling stomachs of a growing world, primarily through innovation and technological development. Yet, there remain concerns about climate change, water quality, obesity, animal welfare, sustainability, and more. While there is plenty of room in the food system for smaller and more “natural” forms of agricultural production that aim to meet consumer demands and address these challenges, as our history shows, agricultural research, innovation, and entrepreneurship have also vital roles to play. Even if we choose to eschew technological progress in some areas of food and agriculture, we ought to at least leave the door open for innovation to address future food problems, even if it isn’t the complete solution.

A more optimistic, sustainable and hopeful food future is one where people are empowered to use creativity, intellect, and determined experimentation to solve today’s problems and fashion the type of future they desire. It is a future where scientists and farmers are free to innovate, and where consumers are free to adopt (or not). Not only is technological progress, practically, a way to meaningfully impact our food problems, but there are strong ethical reasons to support and perhaps even fund technological development in food.

One of the key benefits of modern food and agricultural technologies has been to increase abundance, making food more affordable for the most impoverished in society. It is important to think about how to make healthy fruits and vegetables more accessible for the inner-city poor and ensuring nutritional diversity for rural habitants of developing countries, but that need not mean that past technological advancements have worsened what was already a bad lot in life. 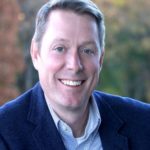 Dr. Jayson Lusk is a United States food and agricultural economist who studies what we eat and why we eat it. He serves as the Regents Professor and Willard Sparks Endowed Chair in the Department of Agricultural Economics at Oklahoma State University and also as the Samuel Roberts Noble Distinguished Fellow at the Oklahoma Council of Public Affairs. Dr. Lusk has published more than 175 articles in peer-reviewed scientific journals on a wide range of topics from the economics of animal welfare to consumer preferences for genetically modified food and from the impacts of new technologies and policies on livestock and meat markets to analyzing the merits of new survey and experimental approaches eliciting consumer preferences.

Dr. Lusk is a regular commentator in U.S. and international mainstream media and serves on the editorial councils of eight academic journals including the American Journal of Agricultural Economics, the Journal of Environmental Economics and Management, and Food Policy. He also is the author of The Food Police: A Well-Fed Manifesto about the Politics of Your Plate, published in 2013 and Unnaturally Delicious: How Science and Technology are Serving Up Super Foods to Save the World published in 2016.

Note from the editor:
The above work, “Technology, Sustainability and Food Security”, was commissioned by the U.S. Sustainability Alliance and represents the views of the author only.

The U.S. Sustainability Alliance (USSA) represents U.S. farm, fishery and forestry organizations whose members are linked by their individual accomplishments in growing, harvesting and producing in line with the long history of conservation stewardship in the United States. Farmers, fishermen and foresters in the U.S. recognize that sustainability is not an arbitrary threshold, but rather a commitment to continuous improvement and innovation. A goal of the Alliance is to share U.S. stewardship and sustainability practices with colleagues and counterparts across the world for greater mutual understanding of resource management practices.

PDF version of this article.