Farming Sustainably with GMOs: Views from a Fourth-generation Soybean Farmer 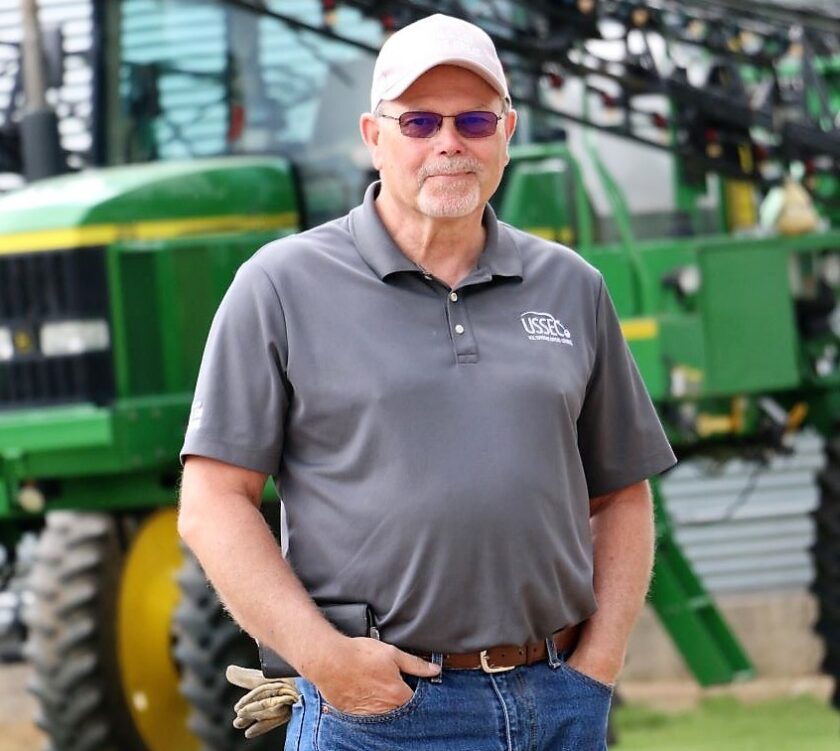 Wow does not even begin to describe my first experience growing genetically modified (GMOs) or biotech crops. It was 1996 and we had planted some of the farm with a biotech insect-resistant corn variety. The genetic modification promised to protect the crop from the European corn borer pest, without the need for pesticides. For me, it was an experiment. Would it live up to the hype? For the first time, I did not have to spray with insecticides to control the corn borer pest. It was a total eye-opener.

Today, 25 years later, I continue to plant biotech corn which has a greater range of options such as herbicide-tolerant and drought resistant varieties than that first variety. When biotech herbicide-tolerant soybean varieties suitable for my district became available in the early 2000s, it was not hard to figure out if I would also adopt this new crop technology.

Through my experience, and that of my fellow farmers across the world who have access to GM crop technology, there is a simple reason why we use it. It works. If it did not, then as with any tool or technology, I would not use it. No farmer big or small would continue to use something that brought no benefit. Because of insect-resistant biotech crops I use fewer pesticides than 25 years ago, which in turn reduces the amount of field work such as having to spray several times a season. I can also produce a safer crop as control over the corn borer means less mold damage, which in turn means less aflatoxin contamination.

With herbicide-tolerant soybeans I can be confident of excellent weed control without the need for deep plowing traditionally used to bury weeds by turning over the soil. Instead, I use light tillage, allowing me to plant seed directly into the soil which means less field operations preparing seed beds, and, again, less spraying during the growing season, both of which bring a substantial reduction in diesel fuel. As well as reducing wear and tear on machinery and on me and my team. Furthermore, old crop residue can be left on the ground providing shade during the summer heat, reducing soil runoff during the increasingly heavy rain downpours we now experience as the climate changes. Importantly, old crop residue eventually breaks down, adding more organic matter to my soil to the point that we are building top soil every year.

There is an old saying that we do not inherit the land from our ancestors but borrow it from our children. I am the fourth generation of my family to farm this land. And so, I will do everything I can to leave the land in as good if not better shape than when I started. As part of this commitment, biotech helps me provide much more environmentally-friendly and sustainable soybeans and corn.

However, biotech is only one of several technologies which help me produce more from less, such as precision planting and spraying and yield and soil nutrient monitoring. Together with GM technology I am much more efficient in terms of production, cost savings, better yields and producing higher quality and safer crops.

I am not a scientist but I do look to science-based decision making when it comes to technologies such as agricultural biotechnology. No biotech crops are commercialized anywhere without being strictly assessed in terms of safety, quality, and efficacy. Even then, I will carefully check if a biotech crop variety (or any tech tool), is fit to be added to my toolbox in terms of safety and usefulness. In that, I don’t think I am different than any other farmer.

Yet, despite a wealth of verified scientific and practical evidence, some people still oppose the use of ag biotechnology. That may be their right but such opposition also has sown confusion and concerns among consumers. The reality is that many millions of consumers across the world have eaten foods made or derived from biotech crops with no identified health problems.

From time immemorial, farmers have faced volatile weather, weed control, soil erosion, and damaging pests as they strive to produce sufficient food. And from time immemorial, farmers such as myself will continue to seek ways to farm better through safe tools and technologies. We do so because we live, work and raise our families on the land and environment we call home.

This article first appeared on Open Access Government and is reprinted with the editor’s kind permission.