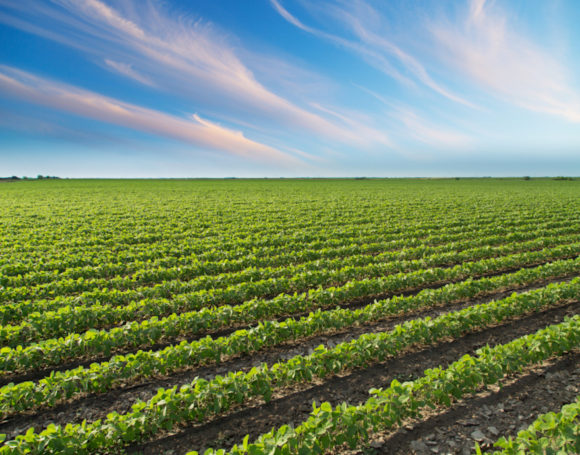 USSEC continues to work with Romanian feed and poultry associations, providing know-how and the latest information regarding industry developments and trends.

U.S. soy’s recently launched official sustainability certification was promoted this year in a series of European industry publications. Although Romania is not yet one of the U.S. soy’s largest European markets, it was one of the first countries where customers heard about and grasped the U.S. soy sustainability concept. Sustainability has become a popular term in Europe in recent years and is of increasing importance for the European feed industry, including Romania.

In the first two quarters of this year, USSEC published an ad about the U.S. Soybean Sustainability Assurance Protocol in Romanian feed and poultry magazines to provide a reminder about U.S. soy’s sustainability message that was delivered this June by Brent Babb, USSEC Regional Director – Europe and Middle East / North Africa (MENA), who spoke about soy sustainability at the annual feed association meeting in Bucharest in June and by American Soybean Association (ASA) Treasurer Richard Wilkins, when he visited Romania on USSEC’s behalf in September 2013. The ads reached over 90 percent of the experts from the Romanian feed industry and related areas, including policy makers, control authorities, feed compounders, commodity traders, and manufacturers of feed additives and premixes, as well as individuals from the livestock and compound feed sectors in Romania.

Eda Kizilcelik, president of Combial Feed Mill, one of the largest poultry feed manufactures in South Romania says, “We understood that U.S. soy farmers are implementing the best management practices on the farm and best social practices in the community. The U.S. approach is quantifiable and certification is available, which should be what our industries will need soon.”