The U.S. Department of Agriculture has published the results of the 2017 Census of Agriculture, which shows some declines since the 2012 census but also notable progress in terms of workforce diversity and adoption of sustainable practices. 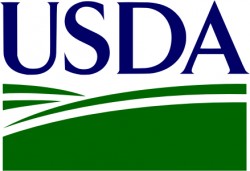 Total land devoted to agriculture has fallen. There are now 2.04 million farms and ranches (down 3.2 percent) on 900 million acres (down 1.6 percent). However, the size of farms is growing, to an average 441 acres (up 1.6 percent), with fewer, larger farms responsible for more production. The largest farms represent less than 1 percent of farms but 35 percent of all sales.

U.S. farming is clearly a family affair – 96 percent of farms and ranches are family owned – and women are playing an important role. Over a third (36 percent) of producers in the U.S. are female, while over half (56 percent) of all farms have at least one female decision maker.

And while the average age of farmers is rising, up 1.2 years to 57.5, younger talent is coming up through the ranks. 1 in 4 producers is a ‘beginning farmer’ with 10 or fewer years of experience and an average age of 46.3.

U.S. farmers’ growing commitment to land conservation and sustainable practices is also evident. Use of renewable energy has more than doubled since 2012. More farms are using no-till practices, while acres dedicated to cover crops increased by almost 50 percent.

The census is based on information collected by the USDA’s National Agricultural Statistics Service.

Listen to Secretary Perdue’s review of the data here and click here to access the full report.