An insect repellent made from coconut oil and a solar-powered system for recycling contaminated water into fertilizer are just two of hundreds of innovations featured in the latest U.S. Department of Agriculture’s Technology Transfer report.

The report, which showcases the work being done by USDA scientists and researchers to solve problems for farmers, foresters, rangers and producers, includes 320 inventions, 48% more than last year, as well as 471 licenses, 120 patent applications and 67 patents received. 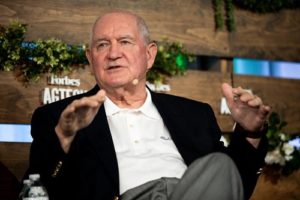 Secretary Perdue underlined how technological innovation can make a difference both on and off the farm. “Studies show that every dollar invested in agricultural research returns $20 to our economy,” said U.S. Secretary of Agriculture Mr. Sonny Perdue, speaking at the report’s launch at the Forbes AgTech Summit in California.

“Innovations produced by USDA scientists and through public-private partnerships add value to American agriculture and the U.S. economy, create jobs, and help American producers compete in the global marketplace.”

Highlights from the report include: