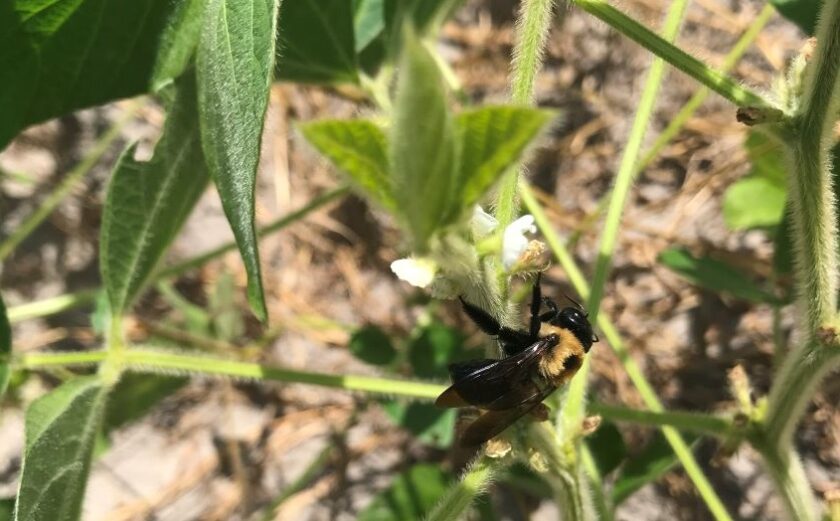 Even though soybeans are considered to be self-pollinating, soybean plants are still attractive to bees, and the presence of pollinators boosts soybean size.

That’s according to research from North Carolina State University, which found that soybean crops planted near pollinator habitats produce beans that are 6.5% heavier than those in distant fields.

“That’s a substantial difference in the size of soybeans,” says David Tarpy, a professor of applied ecology at NC State and co-author of a paper on the study. “Given that soybean farmers sell their crop by weight, it could make a meaningful difference in a grower’s profit margin.”

The researchers say their findings are relevant for soybean growers across the Southeast. Other regions, such as the Midwest, have different cropping systems, so it is not clear to what extent the findings would apply to them, but this could be an area for future study.

The research also paves the way for further research into the impact of bee habitats on other pollinator-independent crops.

Read more about the research.

Image provided by Hannah Levenson, a postdoctoral research scholar at NC State and co-author of a paper on the research