Insight & Opinion: Innovation is Helping U.S. Farmers Rise to the Challenges of Covid-19 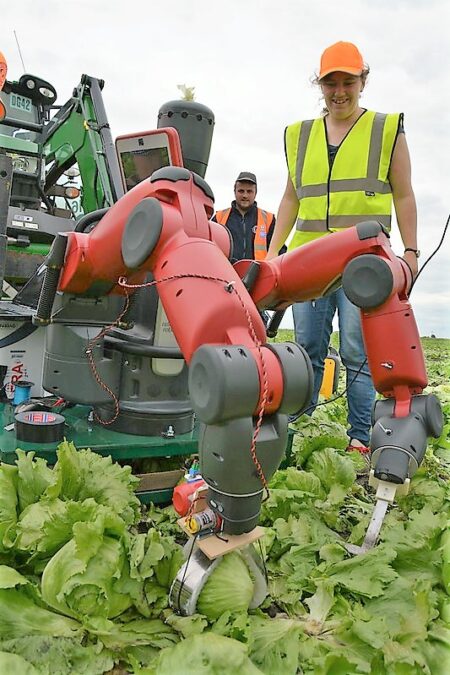 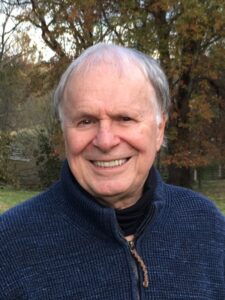 Consumers are used to buying the food they want, where and when they want it. So, imagine their shock and distress when, in the early days of the COVID-19 pandemic, they were confronted with aisles of empty shelves at their local supermarket or grocery store.

Equally shocking were the scenes of vegetable farmers ploughing surplus produce back into the ground while dairy farmers poured milk on their fields.

This is what unprecedented supply chain disruption looks like. When consumers panic buy, and schools, offices and foodservice businesses close, where and how food is bought and consumed – and the type of food consumed – changes, and the food system is forced to play catch up.

That said, the pandemic also highlighted that American farmers, fishermen and all those in the food processing sectors are rightly lauded as ‘essential workers’ who have managed to adapt and find ways to keep putting food on our tables while protecting their own livelihoods. Innovation is one such way.

In the United States, and elsewhere, one of the biggest challenges for the food supply chain has been the availability of labor. Like many industries, farming and food production need people – skill and dexterity are important for picking and preparing certain produce. However, virus outbreaks among workers and a reduced seasonal workforce due to travel restrictions and COVID fears have depleted resources.

Meat and poultry processing plants have been particularly hard hit. According to the U.S. Centers for Disease Control and Prevention, among 23 states reporting COVID-19 in April and May 2020, 16,233 cases in 239 facilities occurred, including 86 COVID-19–related deaths. Temporary closures and meat shortages ensued – at one point fast food chain Wendy’s ran out of hamburgers at some of its restaurants.

Nor are farm workers immune. Initially, the concern was that not enough seasonal workers would be able to travel to farms to harvest the fruit and vegetable crops. Now that harvest is underway, the virus continues to spread despite safety precautions. The risk is that crops won’t get picked, leading to wastage, shortages and higher prices for consumers.

The robots are coming

Some U.S. farmers are using technology to plug gaps in the workforce. American farmers have been early adopters of AgTech, from variable rate technologies that enable them to manage the inputs for their crops more accurately to GM crops that mean less herbicide and insecticide but better yields, and they have made substantial sustainability and productivity gains as a result. So, it is hardly surprising that they should turn to the latest innovations to create efficiencies at a critical time such as this.

FarmWise, a San Francisco company that makes robots to help with farming tasks such as picking weeds and harvesting vegetables, reports seeing increased demand from farmers in California and Arizona for robotic helpers to maintain production levels.

And dispelling the myth that machines can’t mimic human skill, this summer, some U.S. farmers are using the new Virgo harvesting robot from Somerville, Massachusetts start-up Root AI, which the company claims is capable of doing anything a person can. Leveraging artificial intelligence (AI) and an advanced 3D vision system, Virgo automates the picking of tomatoes – and could potentially be used for other delicate produce.

Arzum Akkas, a pro­fessor of operations and technology management at Boston University and an expert in food supply chain management, believes that a trend for automation and mechanization was already in motion even before the pandemic “and the extra labor shortage risks due to COVID-19 will accelerate automation adoption.”

Increased automation is something food company Tyson Foods, a leading processor and marketer of chicken, beef, and pork, has been working on at its Manufacturing Automation Centre in Springdale, Arkansas.

Over the past three years, the company has invested $500 million in tech and automation. One innovation in progress is an automated deboning system that will be able to handle the millions of chickens processed at its facilities every week. Meat giants JBS US Holdings and Cargill are also working on robotic technologies. They aren’t quite there yet, but the pandemic has served to speed up their development.

According to Erik Pekkeriet, Programme Manager Agro Food Robotics at Wageningen University, in the Netherlands, robots are set to become even more commonplace, performing all of the menial, repetitive work in farming 10 to 20 years from now.

So, yes, the future could well be innovation-driven. Science and technology innovations are already helping farmers create efficiencies, helping them to reduce their inputs, boost yields and conserve natural resources such as land and water. Why shouldn’t other areas of the supply chain benefit, too?

The ability for farmers and producers to cut their reliance on manual labor, which is hard to come by at the best of times, is pretty compelling.

Up until now, the costs of robotics and automation have been prohibitive for some, but Root AI co-founder and CEO John Lessing believes this is changing: “The underlying costs of building a robot have massively dropped. We’re now able to deploy these systems for growers in a way that their cost structure doesn’t go up.”

The pandemic has also opened people’s eyes to the importance of science and technology and removed the stigma of something new often being viewed as ‘scary’ or mystifying.

This is good news for farmers. With the right technologies and innovations in place, they are better equipped than ever to respond to future crises to maintain a sustainable, future food supply.

The U.S. Sustainability Alliance (USSA) is a diverse group of American farmers, fishers and foresters, united by a strong commitment to conservation and sustainability practices.