Prolonged droughts could lead to higher cost for bread. While this month saw increased focus on climate change at the special panel at the United Nations and school-children protests across the world, a new study predicts that droughts threaten to affect more than half of the world’s wheat fields, prompting the researchers to “warn of potential market upheavals and political unrest.” The world’s top wheat exporters could “face severe water scarcity while farmers in South America may only be marginally affected,” according to the study, which was published in Science Advances. 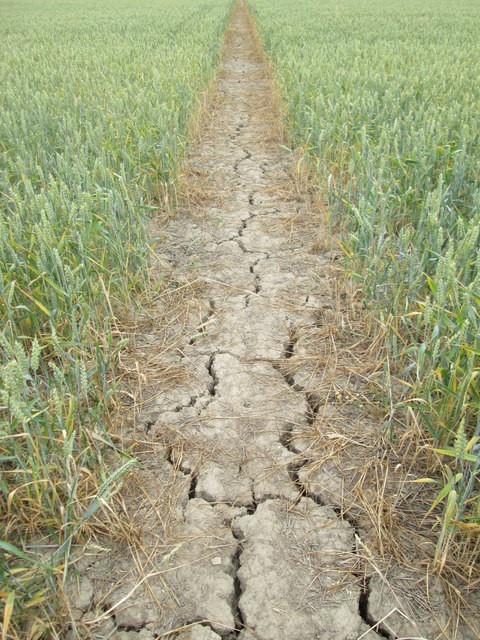 Wheat is different than other grain crops because it generally isn’t irrigated, instead relying on natural rain patterns to grow. The researchers used more than two dozen climate and hydrological models to reach their conclusions.

The study was compiled by researchers from organizations including the International Institute for Applied Systems Analysis in Austria. One of the researchers, Petr Harvik, from the International Institute of Applied Systems Analysis, said that the study contributed “substantially to the neglected area of climate extremes in agriculture, as it brings new data to light on how likely the shocks caused by drought might be in near future.”

The report states “that, even under the ambitious mitigation scenario aimed to stabilize global warming at 2°C compared to pre-industrial levels, the increase in the frequency and extent of adverse weather extremes and related shocks on the production side would be unprecedented. How much this will affect food prices and food security will depend on the development of other influencing factors.

The findings underscore how shifting weather patterns will upend the fortunes of farmers worldwide, enriching some and depressing yields for others. Prolonged drought in eastern Australia this year, led to the country importing wheat from Canada – an unusual step for the biggest exporter of wheat in the Southern Hemisphere.