Food Matters Summit: When it Comes to Acceptance of Technology, Context is King

The acceptance of new farming and food production technologies is largely driven by the context in which they are introduced, according to David Green, Executive Director of the U.S. Sustainability Alliance. Speaking on an expert panel on ‘How can science save us?’ at the Food Matters Summit in London, he said that part of the reason GMOs were so vehemently rejected in Europe was because they came along at an unfortunate time and were poorly introduced to an unsuspecting consumer base. 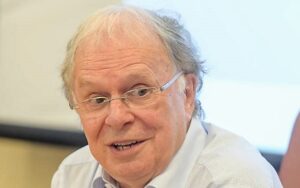 “In the mid-1990s there were various food scares from BSE and E. coli in organic bean sprouts to tainted olive oil and listeria in cheese. As a result, people were concerned – what are they doing to our food, they asked? This was the context in which they viewed GMOs while information from respected sources at the time was scarce.”

In the face of public backlash, political leaders failed to ‘take leadership’, says Mr. Green, and refused to accept GMOs even though their own agency, the European Food Safety Authority (EFSA), showed them to be safe.

However, while context worked against GMOs, it worked in favor of vertical farming firm Spread Co., helping it win acceptance in its native Japan.

J.J. Price, Spread Co’s international business development director, explained how a natural disaster turned consumers towards vertical farming when it was first introduced some 12 years ago.

The triple effect of a huge earthquake, tsunami and Fukushima nuclear disaster left consumers worried about what might be in their food.

“This was a big food producing region. Consumers were concerned that now their food supplies might be impacted by radioactive contamination. That’s when food safety and transparency became more important for consumers.”

So, can science save us, then? The answer would appear to be yes, but only if we let it.

Read David Green’s thoughts on how science can save us.