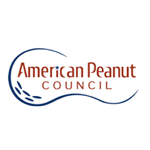 Peanuts were introduced to the U.S. by American scientist Dr. George Washington Carver in the late 1860s to improve soil and break the cycle of disease hampering soil fertility in the southeast of the country.

Dr. Carver discovered more than 300 uses for the peanut plant, many of these forming nutritious components of the American diet. The U.S. peanut industry continues to improve on Dr. Carver’s vision today with further advancements in the sustainability of peanuts.

Modern technology has enabled U.S. growers to double the cotton produced from each hectare (acre) of land while at the same time using less irrigation water and fewer pesticides.