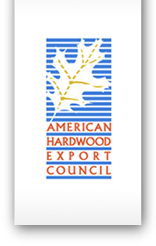 By definition, “sustainable” means to create and maintain conditions under which humans and nature can exist in productive harmony. More simply, “sustainability” means meeting today’s needs while conserving the resources needed for tomorrow.

Due to the intensive application of best management practices, the hardwood forests of the United States support a vibrant, healthy stand of timber, as well as a large and diverse wildlife population, clean rivers and streams, and a host of recreational activities. And since there is twice as much American hardwood growing than is being selectively harvested annually, it is clear the hardwood supply for future generations is sustainable.

U.S. organic farmers strive to preserve and protect natural habitats with the understanding that a diverse biological landscape helps to feed people and nourish the planet.

This is How We Grow, Harvest and Produce

We are a diverse range of U.S. organizations linked by our individual accomplishments in growing, harvesting and producing across U.S. agriculture, forestry and fisheries through our long history of conservation stewardship. Sustainability is not measured by an arbitrary threshold; it requires a commitment to innovation and continuous improvement.