Want to know what’s really going on in U.S. farming and food production?

Tune in to the “This Is U.S. Sustainability” podcast, where we debunk some of the most common myths and misperceptions about U.S. agriculture, farming and food production — by talking to the people who know best.

You can play the latest episode right here:

Through interviews with the farmers and fishermen responsible for growing and catching our food, we provide the inside track on issues ranging from animal welfare to the role of technology and innovation in feeding a growing world population. 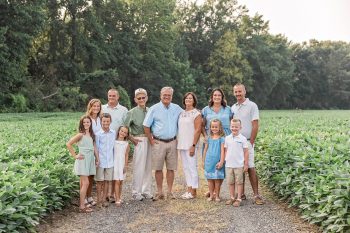 In the United States, around 98 percent of farms are family owned and operated. And many of these farmers want to continue their family tradition by handing down their operation in better shape to the next generation. That takes hard work, dedication, and a continuous focus on doing what’s best for the land and the business.
In the latest episode of This is U.S. Sustainability, we hear from two multi-generational farmers – an eleventh-generation grains farmer from Maryland and the owner of a centennial cattle farm in Louisiana – about how they have moved with the times while staying true to their roots.
We cover rotational grazing, no-till cultivation, water conservation, biotech seeds, and more. And we discuss why going back to the natural cycle is sometimes the best approach.

Episode 7: Forests and their role as a natural climate solution 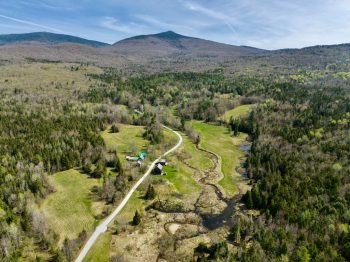 When it comes to capturing and storing carbon, there is nothing better on land than forests, says Professor Tony D’Amato, a silviculture expert from the University of Vermont and guest on This is U.S. Sustainability. The challenge is ensuring that forests stay as forests, he adds.

According to Paul Catanzaro, a professor and state extension forester from the University of Massachusetts, the issue is compounded by an aging demographic of private landowners who own around 70% of forests in New England.
“The decisions that these current landowners make about what will happen to their land when they pass away will largely shape the public benefits that we receive in the future,” he says.
Tune in to the latest episode of This is U.S. Sustainability to hear how Paul and Tony work together to reach family forest owners and ensure they have the information and resources to make the right decisions about their land. And learn about the vital role Tim Stout, a Vermont landowner, plays in amplifying their message. 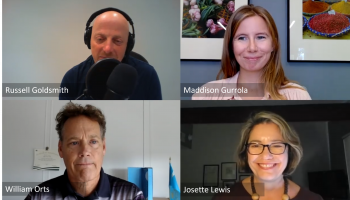 Did you know that a significant amount of food is lost before it leaves the farm? The Almond Board of California is working hard to address this issue in its industry by investing in so-called co-product innovations. We speak to Chief Scientific Officer Dr. Josette Lewis about some of the new, productive uses for those parts of the plant that might otherwise be thrown away, such as the hulls, the shells and even the orchards themselves. Jet fuel, beer, water filters and peat moss to grow mushrooms – these are just some of the many applications in use and under development, as U.S. Department of Agriculture research leader Bill Orts explains.

Tune in for the lowdown on the innovative, often surprising ways the almond industry and the wider food sector are reducing waste. 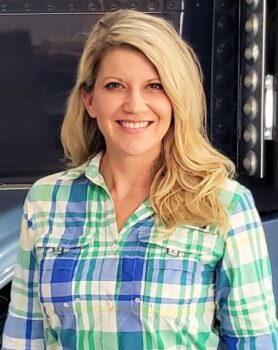 What is soil heath? Why is it important? And how can it be improved?

We speak to Professor Michelle Wander, a soil scientist at the University of Illinois whose entire career has been dedicated to understanding soil stewardship, and we hear from two award-winning farmers:

A fourth-generation cotton grower in the Texas panhandle, the heart of America’s historic Dust Bowl, Barry has experienced the dangers of blowing topsoil first hand. He shares his resilient approach to dryland farming and how he rises to the dual challenges of water and wind erosion of his soil.

A follower of the Albrecht Kinsey principles of soil fertility, Amy is credited with evolving her family operation in York County, Nebraska into one of the most cutting-edge organic farms in the country. She talks to us about intentional soil balancing and how, by feeding the soil, she’s feeding the plants and achieving optimal yields. Read the Show Notes from Episode 5 (pdf).

Tune in to the latest episode of This is U.S. Sustainability. 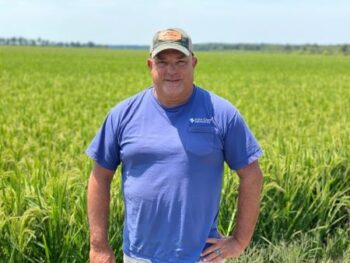 We travel from Weiner, Arkansas to the central valley of California to find out how some of America’s farmers and producers are rising to the challenge of climate change and extreme weather by implementing water efficiency measures on their land.

We speak to an Arkansas rice farmer who describes his pioneering approach to irrigation as a giant mathematical equation. We also hear from a California almond grower who has implemented no fewer than 5 water-saving practices, from strategic irrigation to municipal water recycling (or potty to plate, as she calls it!). Read the Show Notes from Episode 4 (pdf).

Tune in now to hear more about the intricacies of multi-inlet rice irrigation, how whole orchard recycling boosts the water-holding capacity of soil, and a future that includes groundwater banking.

Episode 3: Technology and Innovation: from GMOs to Precision Agriculture 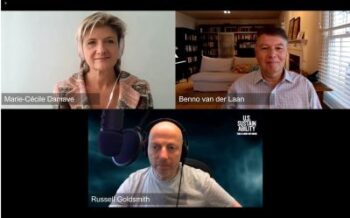 Featuring expert views and real farmer experiences, this episode considers the differing approaches between the U.S. and Europe and how technology could play a major role in sustainable food production, particularly in Europe’s “Farm to Fork” strategy.

We talk GMOs, the cost benefits of variable rate technologies and how farmers everywhere want access to the best tools but sometimes politics stands in the way. Here’s a sneak preview (video) of episode 3, as well as the Show Notes (pdf).

Listen now to hear from: 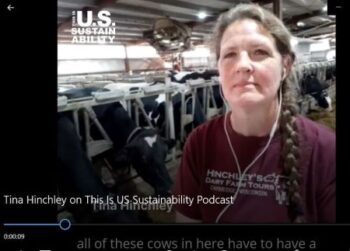 Click the image for a video clip from Episode 2.

Just because the U.S. does things differently doesn’t mean that its animal care practices aren’t as robust as more regulated countries, as our experts explain.

We also have a real-life example of animal care in action – a dairy farm offering the ultimate in cow comfort, from waterbed mattresses to a milking robot. Read the Show Notes from Episode 2 (pdf).

Listen now to hear from: 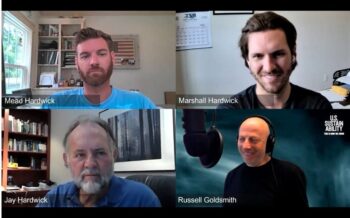 In Episode 1 of the series, we focus on America’s family farms, which make up 98% of all farms in the United States.

We hear from Jay Hardwick, a cotton farmer from Louisiana who’s in the process of handing over the reins to his sons – the fourth generation, and native Alaskan Bill Thomas who has been a commercial fisherman for 52 years.

And we talk about the importance of leaving the land in better shape for the next generation and learn about responsible fisheries management in Alaska, where sustainability has been part of the State Constitution since 1959. Read the Show Notes from Episode 1 (pdf).

Listen now, to any episode, on Apple, or Spotify.

Or directly from this webpage on Podbean.

And to subscribe, go to your favorite podcast app and search for “This is U.S. Sustainability”.